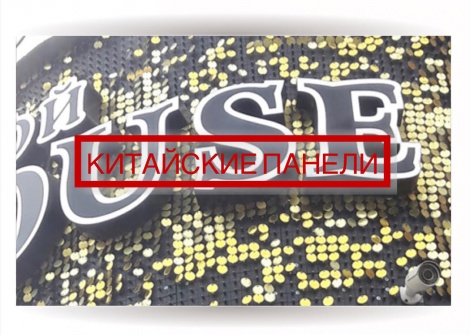 We are Experimenting with Chinese Shimmer Disc Panels

We often hear people proudly say they chose Chinese shimmer disc panels. Frankly, our experts are surprised. Imagine that there are two cars of equal value: Mercedes and a car of the Chinese manufacturer. And you get a Chinese car and be proud of it!

Usually people convince themselves that such a choice is cheaper. But if you look at it, it sounds unconvincing. Remember at the beginning I talked about the equivalent costs? Now I will explain why on an example of advertising shimmer disc panels.

I will share with you a few secrets that you will never tell the sellers of Chinese products:

Who sells them? As a rule, businessmen who do not have any documents. The products are imported privately, they do not pass the customs clearance procedure, which means that it is counterfeit. Such salespeople think only of today's benefits. They will gladly promise you a guarantee, but in a year, they will change their activities and disappear. In most cases, these "entrepreneurs" have nothing to do with either the design or the production of advertising designs. They are just merchants who take pride in snatching the Chinese counterfeit and selling it cheaper than those who produce it officially, with certificates, with patents and most importantly with an official guarantee!

In general, the choice is yours. I hope I was able to clarify the situation and answer some of your questions!

And in the end. We bought a batch of Chinese panels and have already started testing them for fading. In a month we'll show you how they look. We want people who need high-quality advertising constructions not to make mistakes!